Information about PFAS use at NSW Mines Rescue

The NSW Environment Protection Authority (EPA) initiated an investigation program in 2016 to assess the legacy of per- and poly- fluoroalkyl substances (PFAS) use across NSW. The investigation is prioritising sites around NSW where PFAS were used in significant quantities and is focussing on airports, defence bases, fire fighting training facilities (including fire fighting stations) and some industrial sites.

NSW Mines Rescue (Mines Rescue) voluntarily entered the investigation program earlier this year, beginning with a preliminary soil and sediment sampling plan around its Hunter Valley and Newcastle facilities. It was expected to find traces of the chemicals in the soils due to usage of fire fighting foam containing PFAS (prior to 2002). The levels triggered a decision tree used by the EPA to determine if further investigation is warranted.

The Lithgow station has had limited exposure to PFAS-containing products due to facility management processes, but will now undergo a preliminary investigation as a further precautionary step.

The Woonona station will not undergo testing. Mines Rescue has operated from this premise since 2008; after PFAS was phased out at Mines Rescue.

GHD, has been appointed to conduct the upcoming investigations. The emphasis of the investigations will be on identifying potential contamination in surrounding ground water.

It is important to note that the EPA’s preliminary assessment is that the likelihood of a significant actual pathway to human exposure is low, due largely to the town water supply to the areas.

Advice from the EPA and NSW Department of Health continues to be that there is no consistent evidence that exposure to PFAS causes adverse human health effects. However, based on the evidence from animal studies potential adverse health effects cannot be excluded and for this reason a precautionary principle approach has been adopted.

Mines Rescue is working closely with the EPA to undertake preliminary investigations and determine any necessary actions.

Why are PFAS compounds a concern?

Where are PFAS found?

Are PFAS still being used by Mines Rescue?

What is the impact of PFAS contamination?

What about people living in an area where contamination has been identified?

Are there preliminary findings?

What do these results mean for local residents?

What will happen next? 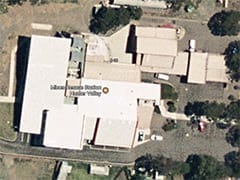 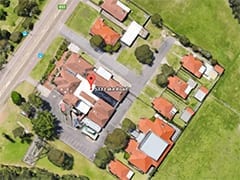 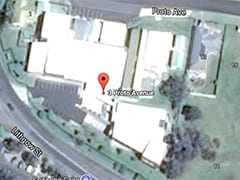 Are there confirmed human health effects of PFAS contamination?

Mines Rescue is working closely with the EPA, GHD and local Councils to provide updates to the communities. We will use appropriate channels including: media releases, website, door knocking and community forums (as required) to provide education of the issue, evidence-based justification for why both sites are ‘low risk’ and an overview of the investigation, next steps and when updates on the initial results will be provided (and how).

Mines Rescue, in partnership with the EPA, GHD and both Councils, will assess if activities such as community meetings are needed and whether attendance by other NSW agency representatives such as NSW Health is required as results come to light.

Where to get more information